Background: The high comorbidity of psychiatric disorders and substance dependence has been reported in childr 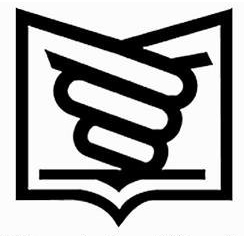 Background: The high comorbidity of psychiatric disorders and substance dependence has been reported in children clinical and epidemiological as a study. Objectives: The aim of this study was to determine the prevalence of childhood attention-deficit/hyperactivity disorder (ADHD)among methamphetamine dependence. Methods: This study was a descriptive cross - sectional study that has been done in 2015 - 2016. The study population consisted of individuals referred with methamphetamine dependence to Kermanshah Farabi hospital. Among them, 960 patients were chosen through access selection to collect data the epidemiological characteristics questionnaire and the Wender Utah rating scale for ADHD children were used. Data were analyzed through SPSS 18 software descriptive statistical methods and chi-square test. Results: The prevalence of childhood ADHD was 29.9%. In the study population 155 patients (16.17) had hyperactivity disorder, 402 patients (41.9%) had attention deficit disorder, and 141 patients (14.7%) had hyperactivity and attention deficit disorders simultaneously. In addition, data analysis reveals the meaningful relationship between childhood ADHD and gender marital status education as well as age range (P < 0.001). For participants, job and age of first methamphetamine use, which P = 0.484 and P = 0.453, respectively, no meaningful relationship was found to ADHD. Conclusions: Behavioral disorders, especially ADHD, can make a background for methamphetamine dependence tendency. ADHD treatments may prevent this disposition towards methamphetamine dependence.